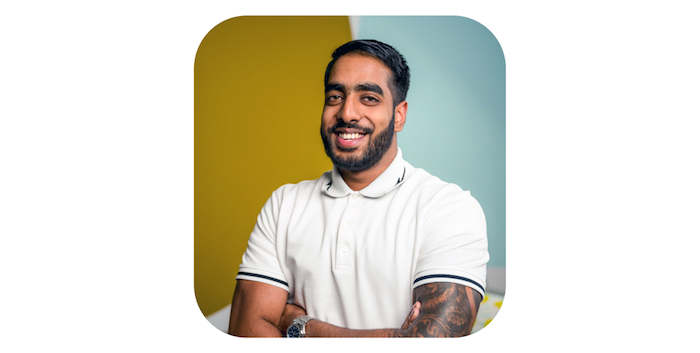 As the UK’s best CBD oil company, Blessed CBD is already pretty impressive. For anyone in the industry, they’ve set the benchmark of success. But when you examine their founder, they’re even more impressive.

Vithurs (follow on Instagram here) – also known as “V” – is a self-taught tech expert who cut his teeth in online search marketing. After a few years in that industry, he decided to expand his horizons.

So, how did this happen? V’s achievement isn’t unique, but it’s certainly unusual, to say the least. Here’s the story of one pioneering entrepreneur, from his beginnings to where he plans to go in the future.

Quitting School to Learn the Business

You might expect a successful cannabis entrepreneur to have an MBA, or at least a business degree. In V’s case, you’d be wrong. Born and raised in the UK, V grew bored of school at the age of 13. He wanted to get into the business world, and felt like he was just spinning his wheels in the traditional education system.

V is anything but a conformist, and shortly after his 13th birthday, he decided to start his career. He skipped classes to spend time at the library, and spent nearly two years studying online business, with a massive emphasis on studying Google’s search algorithm. Taking a lead from his idols Steve Jobs and Mark Zuckerberg, he ignored mainstream education and focused on business.

At 14 years old, V was ready to begin his career. With everything he’d learned from his studies, he launched a search engine optimization (SEO) service on Blackhatworld, a popular SEO forum. Not long afterwards, the service was doing £20,000 a week in sales at its peak.

But V wasn’t done. With his experience partnering with major clients, he decided to start his own digital marketing business. He joined with a fellow entrepreneur named Jonathan Waller, and founded Rankfluence. This agency was also a smashing success. Within a year, they were doing business with Fortune 1,000 companies – and were handling link building campaigns for some of the industry’s most respected SEOs.

At this point, Vithurs was still too young to buy himself a beer, and he’d already created two successful businesses. Many people would have stopped right there. But in 2017, he was once again struck by the itch to found a new business. So he did what he’d done in the past: market research.

In his research, Vithurs found something remarkable: the UK CBD market was massively underserved. Medical cannabis legalization had allowed for several successful businesses in the general cannabis industry. However, the UK CBD industry was lagging behind. American firms were already producing widely-acclaimed products, despite a more restrictive regulatory environment. Meanwhile, UK firms were mostly poorly-reviewed.

Vithurs spent many months researching everything he could learn about the market. Then, he founded Blessed CBD, producing not just CBD oil, but also CBD gummies, CBD capsules and CBD creams. The company’s success was explosive, growing to annual revenues of £5mln within the first year. By any reasonable metric, that’s a wildly successful business.

Blessed CBD’s success has been more than just financial. They’ve earned thousands of positive customer reviews in only a year and a half of business. Moreover, the press has praised their efforts. They’ve been rated “best CBD oil in the UK” by a number of publications. These include HerbMighty, VentureBeat, Reader’s Digest, Discover Magazine, Observer, Express, Daily Record, Manchester Evening News, We-Heart, and Bristol Post.

This isn’t just some ancillary benefit. Indeed, Vithurs values positive feedback more than he values financial rewards. He says: “You’ve probably heard this before, but the typical entrepreneurs and business owners think, how can I make a lot of money? But the best way to think is, how can I make people’s lives a lot better? If you get that right, the money will eventually come.”

This philosophy hasn’t just led to domestic success. It’s also leading to international expansion. Plans are currently in the works to sell Blessed CBD products in Australia, New Zealand, and the rest of Europe.

With all of this, you might think Vithurs has his plate full. In fact, he remains active as the founder of Rankfluence, and is deeply involved in the day to day business. He also manages several other online businesses he’s acquired, including the popular tech review blog TechEye. He looks forward to growing more tech businesses in the future, particularly in the ecommerce sector. With our society’s increasingly online nature, the sky’s the limit.

Meet Terry Maxwell, The Owner of M6 Labs, a business that manufactures and produces CBD products