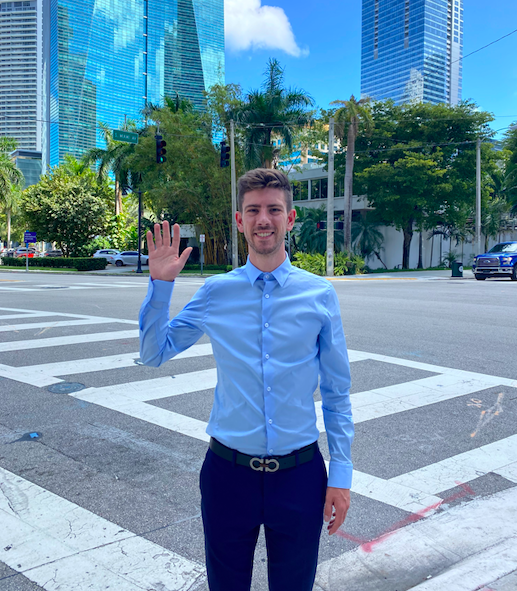 Terry Maxwell grew up on the go. He and his family lived in three different states for a good period of time. He lived in Michigan and Arizona and eventually ended up in Wisconsin for high school and college. Terry graduated college with a master’s degree in political science and non-profit management from the University of Wisconsin Milwaukee and has since moved to Florida. Where he has been perfecting and grinding in the world of business.

Hemp and CBD businesses have been popping up all across the nation over the recent years. It’s an industry that is on the rise and one that Terry thought would be an excellent investment. Terry currently is the owner of M6 Labs, a CBD business that specializes in processing and manufacturing CBD. CBD is one of the main chemicals found in Marijuana, a drug that is still illegal federally and in many states. On the other hand, CBD is legal in almost all 50 states creating strict and rather difficult business guidelines Terry has to follow with regards to the manufacturing and producing of CBD. But despite all that struggle, Terry still managed to come out on top.

One thing about Terry Maxwell is he’s never satisfied and always wants more in everything he does. He wants more money, more fame, and above all he wants more people to be happy. It’s this mindset that has allowed him to thrive in the “dog-eat-dog” world of business.

You can know more about him through is Instagram – https://www.instagram.com/terrybusiness/