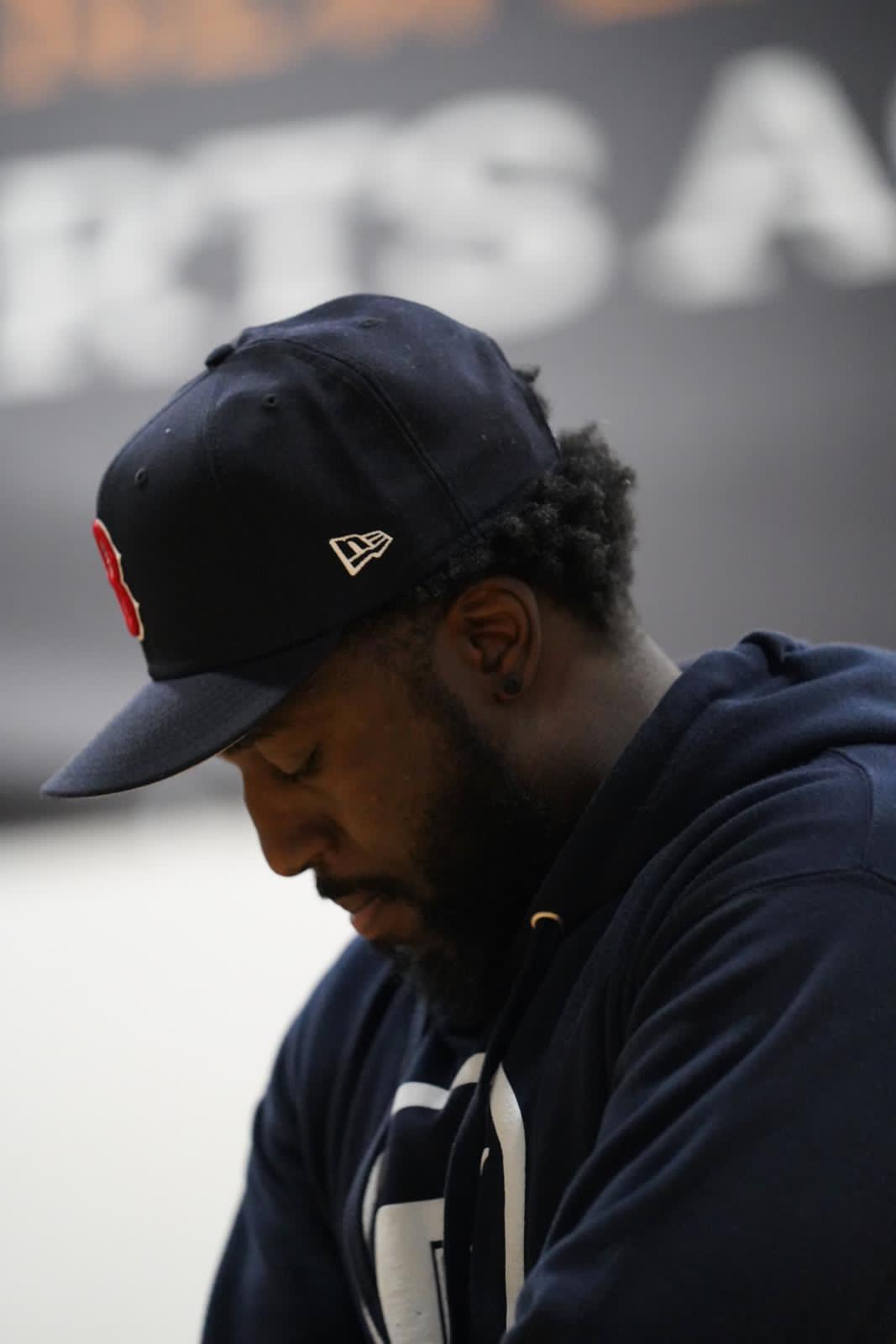 “A Lion looked me right in the Face, and I looked right back.” Pierre Sully has his tweet he wrote in May of 2016 pinned at the top of his twitter feed inspired by the late great Kobe Bryant. If this initial statement from Sully doesn’t give you some insight to the type of coach and player he is, his achievements will. Pierre Sully has done it all. He played basketball for Roxbury Community College where he led the team to a #1 national ranking and the nation in scoring. In his two years there he also received accolades for Region Player of the Year and Junior College All America. He continued his career at Franklin Pierce University where he lettered for two years in basketball His career as a player didn’t end there. He continued on to a professional career Saint John’s Mill Rats in New Brunswick Canada. And for two years he played with the professional Tees Valley Mohawks Club.

Sully’s career was cut short when he developed 3 blood clots, 2 in his lungs and 1 in his calf. Ready to start his 3rd year of professional basketball playing in Germany he was unable to go due to the 6-8 month recovery period and he retired. “I developed these clots from what they told me from extensive traveling and my team did a lot for traveling I was uneducated on how to prevent and take care of my body during that time and it caused a health condition”

However, none of these accomplishments and road blocks in his collegiate and professional careers could amount to everything he has done for the generations of athletes that came after him. During his time going for his masters in college student affairs at University of South Florida, Sully spent his time as graduate assistant for student athlete development . Not only did he help with athletic development for the football and basketball programs, he spent a great deal of time helping with academic development. Sully said of his time there, “In the Academic Enrichment Center, I helped oversee the study hall, the tutoring program, computer lab, and various other administrative duties. I helped student athletes make the transition into campus life.”

After years of coaching at the college level at Lesley University and Emmanuel College. Sully also helped develop training and development programs for the Honduras Men’s National Team. Currently Sully serves as an assistant coach on the Haitian Men’s National Team. Sully’s coach path landed him in the NBA with the Boston Celtics and Maine Red Claws G League team as an assistant coach player development, video coordinator and advance scouting. Sully has cultivated his own business furthering his mission of teaching and mentoring the youth. He founded ATF Athletix LLC. in the summer of 2014 and has been nonstop ever since.

He works with all levels of players from NBA, G League, Overseas and elite college players to highschool and middle school prospects. During his time Sully has ran NBA pre draft workouts in LA and Miami and in his hometown in his Boston. Most recently Darius Bazley the OKC Thunder first round pick in last years NBA draft.
Sully was also featured in the documentary shot by The Uninterrupted “Gap Year” streaming on Apple TV, Prime Video and Google Play. “Being able to work with Darius I learned so much from him and my goal as a coach is to learn from my athletes, I never want to be the one to dominate the work, but work together during our Journey it’s a Project. His leap from last year to this year isn’t a surprise to me he’s going to be that good.

His mission states, “The focus is on extensive skill development as well as equipping the athletes in our program with the leadership tools needed to navigate life and participate in weekly workouts and mentoring groups with college touring.”

The dedication to success in life and basketball is unmatched in Pierre Sully. “ It’s a project and projects are always coming up and evolving, so I’m looking to be the person that helps’

Joshua Valentin on Breaking Barriers, Pushing Boundaries, and Making His Mark on the World of Cinematography

How to Rebuild a Friendship after Divorce