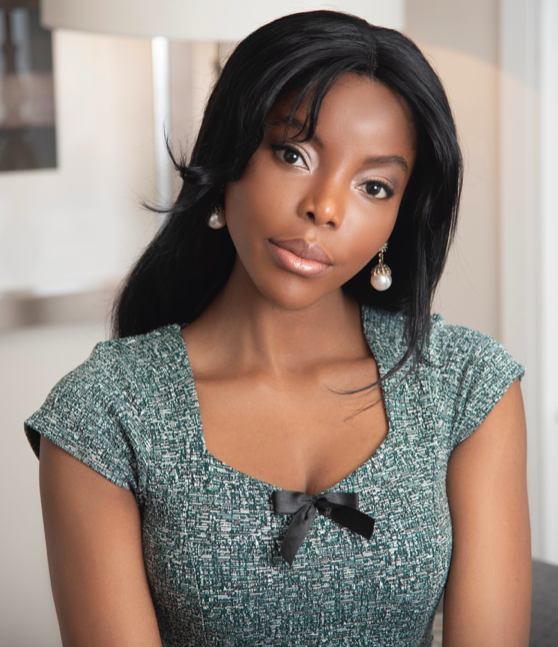 Economic Influencer Portia Antonia Alexis asks, ‘The seasoned CEO has all the talents needed to make the necessary changes within his organisation. Does he have the talents to transform it?’

For a lady with the unlikely description of “rock-star economist,” and leading influencer there is nothing rock’n’roll about Portia Antonia Alexis when I met her today. By her feet are scattered various books which she is reviewing for her over 200,000 social media followers on various platforms, on the table are stacks of papers which she reviews as part of her role as a department member at The London School of Economics where she researches income inequality and social mobility.

She was a celebrated equestrian and ballet throughout university and it must be rather surreal, going from her role as an investment banker where she was in Mergers and Acquisitions to her newfound fame as an economic educator to hundreds of thousands of people. She is also a consumer goods business analyst using her expertise at firms such as McKinsey and Newton Asset Management.  I suggested: One doesn’t normally expect a young British economist to become a global superstar. ‘I should put on my leather jacket then,’ she joked in a refined English accent with a bashful smile.

‘Our times are marked by important changes affecting organizations,’ says Portia. ‘Our usual modes of operation have been shaken and we are called to renew ourselves to meet the current demands of the environment. However, we are not prepared to experience the multitude of changes present and we do not often know how to choose the actions of change in decision-making situations. It is a question of ensuring arbitration between the management of the change and the freedom of its conduct by the leaders.’

The arbitration we are trying to achieve depends on the people involved in the organization who seek to ensure reconciliation between the dialectical forces they face; it thus depends on the success of the realization of the change and the choice of the actions to be undertaken. The challenge of a leader Portia says is to is to better understand what can facilitate or hinder change, so to improve its management considering the complexity in which the organization operates, our cognitive complexity and the set of values ​​that condition us.

Indeed, Portia states, the individual by his behavior is considered to contribute to the realization of the values ​​essential to his existence and that of his company. He looks for the right actions considering the diversity of values. He must be as aware of other people’s behavior in the face of change, how they confront him, and accept him; he must also know how to reorganize and be able to ensure the efficient use of the values ​​of these individuals. Effective management involves the capabilities of individuals and interpersonal relationships; and for the sake of sustainability and success, the executive manager must be able to achieve the desired or intended goals by adopting his management style. Having each one his truth, starting from his experience and following his action, there are those who pass by the modification in succession to prepare the next day, those who allow making the course of things to direct the transformations in progress, those which do not introduce the change according to laws and decrees, those who seek revolution in action by cutting definitively with ancestral habits … The action to be taken by a leader is itself affected by diversity.

Here are the areas Portia stated must be given the most attention:

Leaders in a digital context

Large companies, Portia states, are currently experiencing the end of a transformation cycle. We are leaving an era where code, data and design are kings; we are coming out of the era of “product for the product.” The Chief Digital Officers have thought innovation, business and CIOs have begun their “agilization” to accelerate the redesign of portals, applications and back-ends. It has been proven that agility can be used to launch high-performance products in record time. From now onward, we are entering an era of the result of the impact. The next race will be business impact. And to this discipline, some organizations are doing better than others. Their common point: Consider the launch of new digital products and new businesses as start-up projects – even if that does not lead to a creation of a company – and entrust them to a “Corporate leader.”

In any industry, the guiding principle of a CEO is simple: Do not run out of money. For established companies, this means managing profits and losses for the benefit of stakeholders. For growing companies, it means finding investors to finance your next big move. If balancing these goals keeps you awake at night, the challenges are even greater! Today, top CEOs integrate social and environmental management into their business models. Investors today are increasingly inclined to put their money into these businesses, creating a unique opportunity for entrepreneurs to finance their businesses and make positive changes in their communities.

Excellent managers, there are several. They exercise good leadership: “We are here, we have to go there, this is how we are going to do it.” And it works! Except that today, it is the economic model as a whole that is changing. Consumers are more and more demanding. Today, new companies are being created on a model that did not exist yesterday. Customer satisfaction is no longer a guarantee of long-term success, as competitors still unknown can come to disrupt the market with an innovation still unsuspected. Think of Spotify or iTunes, which have completely transformed the music industry, or even Just Eat which was downgraded without expectation overnight by Deliveroo, who offered exactly the same offer, but with guaranteed delivery time in 30 minutes. To which is added a component that cannot be ignored: Within the organization, the employee is now looking for much more than a salary, but aso desires an environment where they can be realized by contributing to the creation of value.

Clearly Portia emphasises, we are witnessing a change of culture and management methods and a good CEO is forced to clone to combine two roles: That of good manager that he is and that he must remain, in managing his business with brilliance, as he knows how to do, and that of … transformational leader, who seeks to better meet emerging needs, which forces him to navigate the unknown, in discomfort. According to XBInsight, every CEO should be cultivating some behaviours to maximize innovative thinking (see the graph below).

Working in a collaborative team

Beyond his skills Portia says, knowledge and expertise, an organization will go as far as the beliefs of its leader. The challenges of innovation and the complexity of evolution call for collective work, feeding on the intelligence of each and the wealth of the collective. If the leaders of companies that had failed in the past had solicited more and put to use the ideas of their employees and collaborators, they would have possibly avoided the sinking.

The image of the leader conductor who directs and controls everything from the top of his pedestal is over: The leader of today must imperatively take a step back, question his own beliefs and involve his teams. These two facts provide us with the key to agility and innovation: For an organization to change, its leaders must change. This requires a good dose of humility, since he is asked to give up his historical role of “boss” to become a “coach,” whose role is to unite his troops around a common goal and leave him all the latitude required to deploy his talents in collaborative teams.