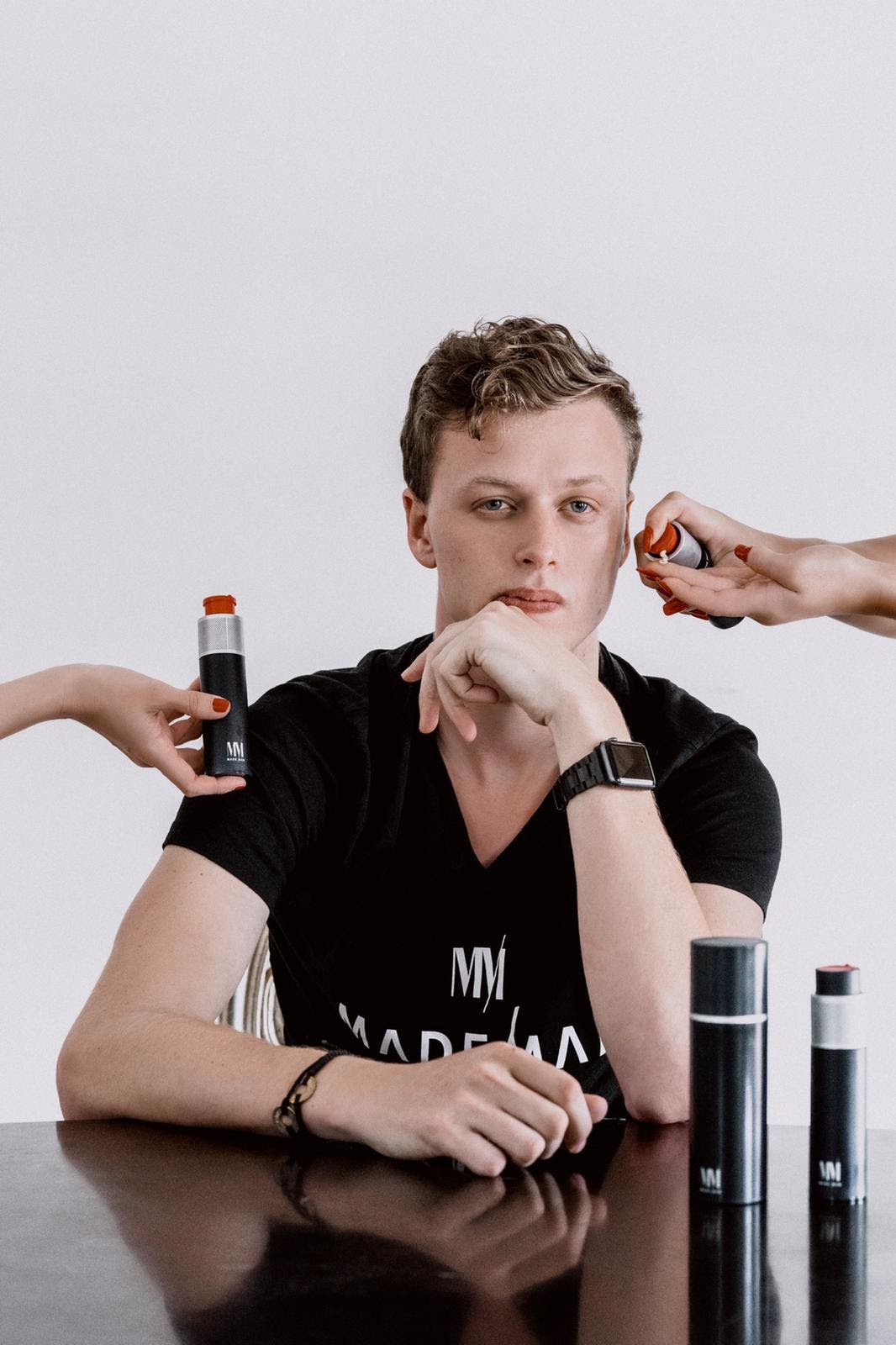 Jeremy Gardner’s MadeMan line of disruptive skincare products is not merely a business venture. MadeMan clearly has an agenda—to change society for the better, by bringing the notion of positive masculinity to the forefront. The concept comes to grips with toxic masculinity, the harmful concept that for years advocated “manliness” based on raw strength, lack of emotion, and dominance.

“Toxic masculinity is for the most part—though often expressed intentionally—an inadvertent byproduct of our culture, and the way society is structured. We’ve taken a patriarchal system and magnified the toxic definition of what a man is today through pop culture. The world we’re living in has changed, yet we still have these dated definitions of what it means to be a man, but less opportunity to express it,” reflects Gardner on the matter.

Having created a revolutionary product that has an undeniable appeal due to its simplicity, elegance, and practicality, Gardner promotes “positive masculinity,” while giving men the opportunity to be “a better version of themselves.” “We focus our messaging on reframing what it means to be a man. It’s not about the cars, jewelry, clothing, etc.—it’s about who you are, who you are trying to be as an individual. We present this idea in the sense of men taking care of themselves—investing in self,” Gardner further elaborates on MadeMan’s social mission.

Rather than focusing on the past, Gardner is looking to the future, with MadeMan paving the way to reshaping what it means to be a man—better yet, a “man of respect” or “honor,” which is what a “made man” originally meant in Italian. While traditional masculine values call for a man who fails to hide his emotions, to “man up,” Gardner opposes this ‘boys-will-be-boys’ set of values. The company’s messaging— from the web to social media—is about self-improvement, on both the outer and inner levels. That’s essentially what the company is about: being the best version of yourself, starting with self-care through a simplified skincare regimen.

When asked how he evolved from a purely business concept to creating a social movement in its own right, Gardner replied “I asked myself how a skincare company can be used as a vehicle for making the world better, and that’s when I landed on the concept of positive masculinity, because I think it’s such an incredible catalyst for starting this conversation.” And the conversation he did start. Unlike in the raw and wild world where such traits as aggression, ruthlessness, and brutal strength made the male species successful and eligible partners, in 2020, a man who invests in himself and gives back—instead of thoughtlessly taking—to society, who betters himself not only for his own sake but for the people around him, is the kind of man Gardner caters to and promotes. MadeMan’s upcoming launch will mark the beginning of the path to better, more conscientious, and more caring male members of society.

3 Pieces of Advice for Entrepreneurs from Adam Jablin