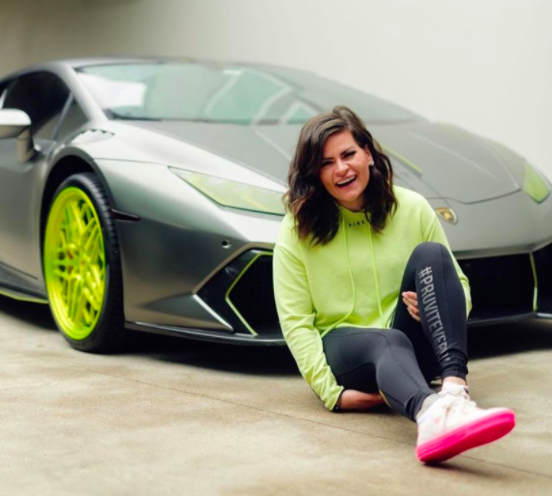 Serial entrepreneur Jessie Lee Ward owns multiple million-dollar online businesses and has built an empire of brick and mortar storefronts. Her story is not one of silicon valley startups or an ivy-league education, but of a single woman working herself to the bone to build a career and business when nobody else thought she could.

Although Jessie Lee was raised far from wealth, one glance at her Instagram shows nothing but a successful woman in her prime. Posing next to her own sports cars and luxury pools, Jessie Lee explains to her followers just how she built her business empire: “All I started with was a need. I needed $300 a month to pay for my rent, it was really for nothing more. This business turned into a huge animal of its own, but at first it wasn’t about anything more than survival.”

Now, Jessie Lee is increasingly looked at as a multi-level marketing guru, able to turn a small side-gig into a full-time career with perks and regular travel around the world. Some of her most recent posts have been geotagged in places like Rome and Milan, as Jessie Lee works hard to expand her business to the Italian peninsula. What started as a way to make ends meet, Jessie Lee has transformed into a career and an online business empire.

As Jessie Lee herself explains, “I have built three multi-million dollar businesses online in the last nine years without any paid advertising or promotion. I grew up in a small Maryland town in an impoverished family and have changed the legacy of my entire family and myself due to my decision to go toward entrepreneurship.”

Jessie Lee’s business ventures now cover a wide swath of multi-level marketing pursuits, as well as her own hair salon, a money-exchange program, CBD company, and part-ownership in a construction company. As a result of her diverse revenue streams, Jessie Lee has been able to weather the ongoing pandemic surprisingly well, even producing a podcast in her downtime. Meanwhile, she continues to grow her businesses while identifying new opportunities in a range of industries.

Despite her current success, however, Jessie Lee’s road to building a business empire was studded with both personal and professional obstacles: “In 2017, I was in a huge storm,” Jessie Lee shares. “I went through a divorce, major betrayals, a termination, two lawsuits, all while losing essentially every friend I had. Getting THROUGH that and not letting it defeat me was a tremendous part of my success. Nothing about me is normal. I stand out in so many ways; personality, drive, vision, consistency, impact, and I will not compromise a part of myself just to please others.”

After getting through that storm, Jessie Lee poured herself into building businesses and a career that she could truly be proud of. No matter the obstacles in her way or the number of naysayers trying to bring her down, Jessie Lee pushed forward towards success. Now, as a successful entrepreneur and business owner, Jessie Lee looks to expand her influence on social media, building a following that will allow her to truly impact the world. Jessie Lee’s podcast, “The People’s Mentor,” seeks to coach the next generation of entrepreneurs on cultivating successful strategies and mindset. The podcast is now approaching one million downloads, while Jessie Lee commands a social media following of over 38 thousand.

Moving forward, Jessie Lee looks to emerge from the current pandemic stronger than ever, with international expansions and fresh acquisitions across her business empire. From barely making enough to pay $300 in rent, to owning multiple businesses and building an online community through social media and her podcast, Jessie Lee has proven that with grit and determination you can overcome the greatest obstacles put in your path. As Jessie Lee often says of herself, “I am passion personified.”

Isabell Slim Is Paving The Way For Louisiana Artists