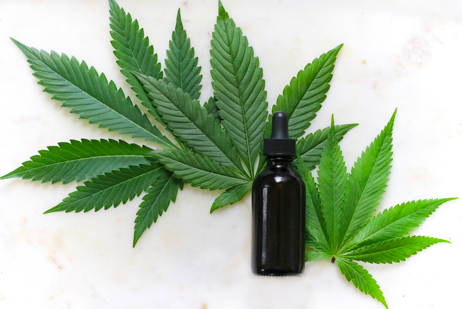 More cannabis investors, such as World High Life PLC (NEX: LIFE), are turning their attention towards Germany, but they need to navigate the local legislative environment.

Since March 2017 in Germany, doctors have been able to inform their patients with severe illnesses such as chronic pain, ancillary treatment to cancer therapy, epilepsy, etc. about the treatment of their patients that involves medicinal cannabis on prescription.

According to Dr. Späth & Partner Rechtsanwälte mbB, based in Berlin and Hamburg, more and more companies are trying to enter the lucrative market for drug cannabis or cannabidiol (CBD).

Various venture capitalists, investors and family offices are also recognising the growth opportunities in the medical cannabis sector in Germany and, according to Dr. Späth & Partner, are now becoming more courageous to make an investment in the growth market of medical cannabis, where they can benefit from a “first mover” advantage.

Some foreign companies have already noticed this opportunity. World High Life PLC (NEX: LIFE) is an investment company that recently proposed a deal to Love Hemp, the UK’s leading CBD company, to acquire all their shares for 9 million GBP. World High Life wants to help them expand to other European markets, starting with Germany in 2020.

Love Hemp sells over 40 sku’s of oils, sprays and vapes and a variety of edibles, CBD infused beverages, and cosmetics in 1200 individual stores and networks such as Tesco, Sainsbury’s Superdrug and Boots.

Germany is not the only country where investors are realising investment opportunities in the cannabis sector. The Canadian investment company GreenStar Biosciences Corp. (CSE: GSTR) is putting their resources in most promising cannabis companies in North America, such as Cowlitz, a producer and distributor of cannabis products from Washington state. With GreenStar’s support, Cowlitz has grown very fast; in just five years of operations they recorded a revenue of $14.6 million (2018) and are still well on track to beat this result in 2019.

As Germany is becoming one of the next most significant medicinal cannabis market, new partnership opportunities are revealing. In addition to countries such as Canada and the Netherlands, other countries like Colombia, Australia, New Zealand, Israel, Macedonia, Portugal or Poland and other countries could also be available for export to Germany in the future. In some countries, there is great interest in exporting medical cannabis to Germany, and corresponding legislative changes are already in preparation in some of them.

Countries that want to export medical cannabis to Germany usually have to have a “cannabis agency” in their country, according to the UN Convention of 1961 only countries that have released cannabis for medical purposes and not for leisure purposes are allowed to export to Germany.

As a rule, for example, the provisions of Section 72-74 of the German Medicines Act (AMG) concerning the law on medicinal products must be observed alone; in order to apply for an import licence, a competent person such as a doctor or pharmacist and a suitable warehouse for narcotics must be proven. In the event of a violation, high fines or, in the worst case, even imprisonment may be imposed.

Interested companies should also be informed that EU-GMP certification (Good Manufacturing Practice) is required for the import of medical cannabis in order to ensure export to Germany and to comply with the high quality requirements.

As a rule, international contracts must also be concluded here with manufacturers from e.g. Canada, which places high demands on the international drafting of contracts, e.g. with regard to the place of jurisdiction, because according to the observation of Dr. Späth & Partner, some importers from Germany had chosen Canada as the place of jurisdiction in the contracts, for example, and in the meantime have not only had positive experiences with this.

A further hint is also to be given: In various cases, especially if it was produced outdoors, medical cannabis is treated with radioactive or ionising radiation in order to free it from pests or pesticides, for example. Importers who import med. cannabis treated in this way should be aware that a special licence is often required in accordance with the “Ordinance on Radioactive Drugs or Drugs Treated with Ionising Radiation” (AMRadV). Of the more than 20 importers of medical cannabis in Germany, Dr. Späth & Partner observes that only a few of them have received this AMRadV licence, although some of them also import medical cannabis treated in this way. This can also lead to high fines in some cases, especially since some federal states such as Brandenburg have become more cautious with the approval according to § 52a AMG.

The CBD Market at a Glance – Colorado still Leads

Mortgage Rates Are Low In California