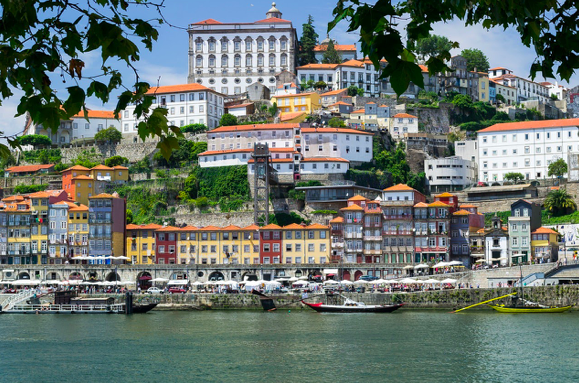 Canadian company Tilray (NASDAQ:TLRY), a pioneer in therapeutic cannabis, and World High Life Plc (NEX:LIFE), a UK-based investment cannabis company, are benefiting from the growing success of medical marijuana in Europe. While Tilray is eyeing Portugal, WHL plans to conquer the lucrative CBD and medical cannabis markets in Europe, starting with Germany in 2020.

Last October, the National Assembly gave the go-ahead to the launch of the first therapeutic cannabis trial in France. It will be carried out on nearly 3,000 patients and will aim to evaluate the positive effects of cannabis derivatives on specific pathologies. However, France is far from being a pioneer in this field: to date, 21 of the 28 countries of the European Union authorised the use of medical cannabis under prescription (which is not the case in France).

On the other hand, only a few countries allow the production of medical cannabis on their territory, such as the Netherlands (since 2003), Italy (since 2006) or more recently Portugal (since 2018). It is in this Portuguese-speaking country that the Canadian therapeutic cannabis giant Tilray has chosen to move into.

Canada was one of the first countries in the world to legalize medical cannabis in 2001. The establishment of medical cannabis in Canada is important: in addition to Tilray (NASDA:TLRY), other large companies dominate this market, including Aurora Cannabis (TSE:ACB), Canopy Growth (TSE:WEED) and Aphria (NYSE:APHA).

In April this year, Tilray opened its first therapeutic cannabis production plant in Portugal, located in the quiet town of Cantanhede, a few hundred kilometres south of Porto. “Several arguments have tipped the decision in Portugal’s favor: firstly the legislation, secondly the climate, which is very favorable, and thirdly the quality of the workforce,” said Sascha Mielcarek, Managing Director Europe at Tilray.

Still, there is no market yet in Portugal

Arrived in Portugal five years ago, Alfredo Wheel has been working for Tilray Portugal for more than two months. This agronomist of Brazilian origin has launched himself into a sector that he considers “in full expansion”. And rightly so, since, according to a report by the firm Grand View Research released in January 2017, the world market for medical cannabis could reach an astonishing $55.8 billion by 2025 (€49 billion).

Tilray, which has invested $20 million to enter the European market, plans to expand in the coming months. The company is currently exporting its products manufactured in Portugal to several European Union countries, such as Germany, Ireland, the United Kingdom, Croatia, and Cyprus.

The company recently filed an application with the Portuguese health authorities to market its products in the country, which it hopes to obtain in the first quarter of 2020. But it is also thinking about France: “We were heard by the National Agency for the Safety of Medicines last May as part of the trial phase which will start in 2020,” confirmed Sascha Mielcarek.

Medical cannabis and CBD are two rapidly growing sectors of the global cannabis industry, forecasted to reach staggering figures in just a few years. The increasing awareness of the CBD-based products’ health benefits is the key factor driving the growth of the market.

In 2018, the North-American CBD market accounted for the largest global market share, however, this trend is likely to change in the next few years. More and more legislators in European countries are adopting friendlier laws on medical cannabis and CBD-based products. With double the potential size of the USA and Canada combined, the European CBD market is set to become the world’s main market within the next few years.

Experienced cannabis investment companies like World High Life Plc (NEX:LIFE) know that an early entry is the key to finding success at the forefront of the lucrative CBD sector in Europe.

WHL has acquired UK’s leading CBD company, Love Hemp Ltd, in a transaction of high importance for both companies. The partnership will allow the entrance on the CBD and medical cannabis market in Germany by 2020. Currently, Love Hemp has over 40 product categories and the company enjoys a diverse distribution network, including retail, wholesale, and convenience stores across the UK.

World High Life is offering a second chance to investors who missed out on the opportunity to invest in promising cannabis companies in North-America. By purchasing a single stock, they will have access to a portfolio of the most promising companies operating in the medical cannabis and CBD sectors in Europe. Global investors can, in this way, limit risks and benefit from the decades of market experience that WHL’s cannabis experts bring to the table.

Meet Terry Maxwell, The Owner of M6 Labs, a business that manufactures and produces CBD products

Patients are Switching from Big Pharma Companies to CBD Products