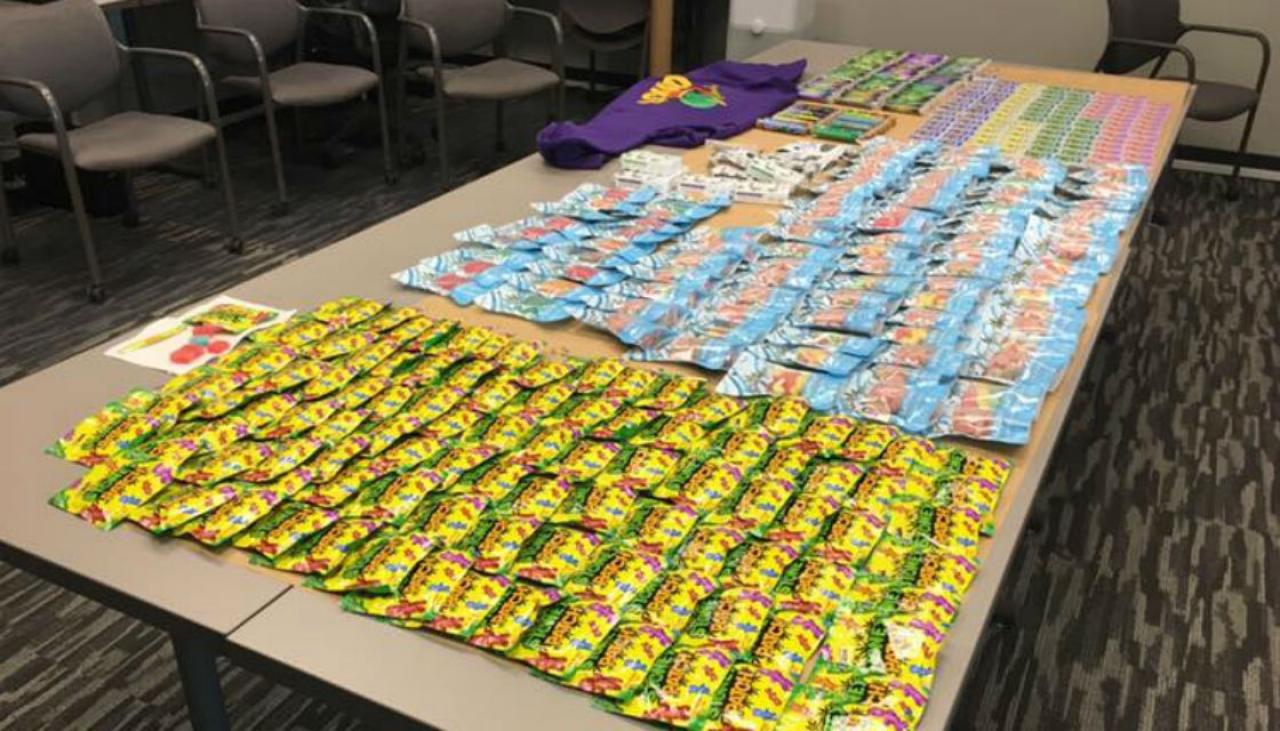 The Florida police now are warning the parents, after seizing edible cannabis of around 332 units packaged to appear like a candy.

The pictures of the bust were posted by the Collier County Sheriff’s Office (CCSO) on Facebook.

The edible marijuana candies are known as Stoney Patch Kids, and look quite similar to popular candy, Sour Patch Kids in terms of their packaging.

Though this probe continues to be active, the CCSO is still releasing pictures of the bust so that the parents can stay cautious about their appearance, the Facebook post read.

As per the authorities, these edibles most likely hold a combined value of US$33,600.

Despite of medical marijuana being legal in Florida, the state’s law prohibits marijuana edibles to be packaged in a manner which grabs the attention of kids or are produced in a kind which looks similar to candy, the CCSO said.

In Florida, medical marijuana is supposed to be packaged in opaque or plain packaging and must have a universal cannabis symbol.

Paula Bennett, a spokesperson for National’s Drug Reform, has voiced a concern related to marijuana edibles.

According to Bennett, marijuana could be packaged in a way that they attract young people, which is why its accidental utilization is a matter of serious concern.

Therefore, it is quite evident that the authorities would be following the path of other jurisdictions when it comes to banning or making sure that there are no eye-catching marijuana gummy bears, she added.