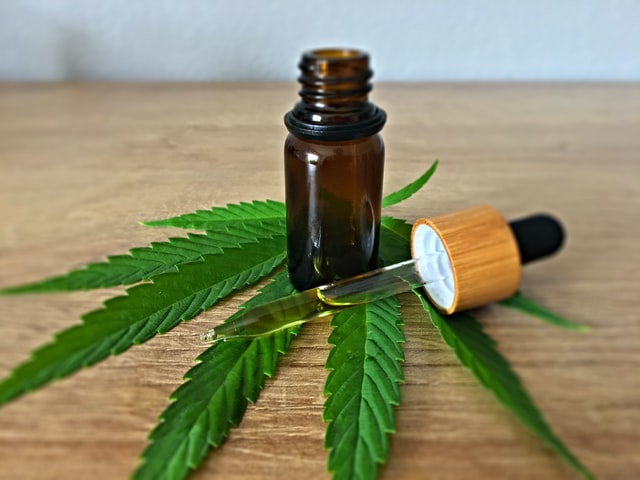 We all know hemp to be a common remedy for a variety of conditions and discomforts, although it has yet to be approved by the FDA for any therapeutic benefits. Nonetheless, the anecdotal evidence that supports these claims is astounding, with millions of users adamantly patronizing the herb’s alleged uses.

Needless to say, many parents have caught wind of the benefits of CBD for a variety of children’s conditions. And with hundreds of vendors offering formulations that are said to be specifically developed for kids, parents can’t help but ask – is this the miracle that my child’s health needs?

Cannabidiol – or simply CBD – is one of the hundreds of cannabinoids found in the Cannabis sativa L. plant. This family of chemical compounds is what gives hemp flower its alleged effects and benefits, making it distinct from any other kind of herb across the globe.

According to research, CBD makes up about 40% of the plant’s chemical profile, making it the most prominent cannabinoid in hemp chemistry. And because of its supposed benefits, many vendors have sought to isolate CBD from the other compounds in the hemp herb to use on its own.

What many parents worry about is the safety of such formulations. There’s a lot of stigma surrounding CBD hemp flower, and some parents fear that offering it to children poses not only a health risk, but also a moral dilemma.

What’s important to remember is that CBD is not a psychoactive compound. Cannabis plants are known to contain tetrahydrocannabinol or THC, which is what causes the experience of a ‘high’ when using marijuana. Here, the distinction must be made that although both hemp and marijuana come from the cannabis plant, hemp is cultivated so that it contains no more than 0.3% THC.

On top of that, there’s the point that isolate formulations are void of THC all together. That means the CBD content of the hemp plant is extracted on its own so that users can’t get the pure effects of CBD without having to worry about compounds like THC in the mix.

What Childhood Conditions Can CBD Address?

Way before the 2018 Farm Bill was passed, there have been research groups attempting to understand the benefits and effects of CBD for human use. Throughout the decades – and with the passing of the 2018 Farm Bill – this research has expanded exponentially. Today, CBD hasn’t been approved for therapeutic uses just yet. But there’s strong evidence that suggests its efficacy against a range of childhood conditions.

Presently, there is only one medication derived from CBD that’s approved for medical use by the FDA. This particular drug – named Epidiolex – was developed to address Lennox-Gastaut syndrome and Dravet syndrome – two rare types of epilepsy.

There have been multiple studies that examined the effects of Epidiolex for children with both Lennox-Gastaut and Dravet syndrome – with some of the largest studies involving half a thousand respondents.

Keep in mind however that Epidiolex is not merely a CBD derivative, but a carefully formulated pharmaceutical drug. So CBD isolates purchased from online vendors might not have the exact same effects as Epidiolex, but anecdotal evidence suggests that CBD isolate may be a suitable substitute.

One study looked into the effects of CBD for 188 children on the autism spectrum. And while there was no control group in place, the researchers noted that the participants showed a marked reduction in symptoms seizures, aggression, and restlessness over a month-long period.

The study also found that these results improved over the six month mark. However, it helps to know that there were some side effects noted over the course of the study. Reflux, drowsiness, and lack of appetite were the three most prominent side effects manifested by the children.

Nonetheless, these promising results as well as the outcomes of other similar studies show that CBD poses a potential benefit for children on the autism spectrum. With further research, we may be able to uncover the therapeutic effects that the herb has for the condition, making it a suitable alternative to synthetic treatments.

The research that explores the effects of CBD for ADHD is scarce compared to autism and epilepsy. However there are parents who allegedly use CBD oils and other hemp-derived products to address their children’s ADHD symptoms.

In general, the response seems to be positive, with most parents claiming that the natural oils can help reduce the symptoms of the condition and improve the child’ independence and functioning. Nonetheless, further research may be necessary to understand how the herb works for ADHD and whether it does come out as a viable treatment option.

There are countless hemp supporters using CBD to treat anxiety, but there are very few studies that tackle the effects of CBD for anxiety in children. Nonetheless, there are parents who administer the herbal supplement to their kids for the purpose of controlling anxiety symptoms, with alleged positive outcomes. One suggestion according to industrial Hemp farms is that giving your children CBD gummies is much easier for having them consume CBD compared to CBD oil or isolate. They look cool and are also tasty compared to CBD oil or isolate.

It would be ideal to further explore the benefits of CBD for anxiety in kids, but these early supporters attest to the benefits of the extract in assisting minors in minimizing the paralyzing and often overwhelming effects of anxiety disorders.

Is It Legal to Give CBD to Children?

In most states, it should be legal for you to provide your child CBD as long as its under the prescription of a medical professional. Some jurisdictions will require a medical card in order to allow parents to legally administer CBD to a minor. In the grand scheme of things however, parents are cautioned that CBD is not presently legalized for consumption among minors.

We all want what’s best for our kids, and CBD promises just that. While the studies supporting its effects for certain childhood conditions might still be in their infancy, the overwhelming positive response from thousands of parents and the promising outcomes of existing research only goes to show that it’s only a matter of time before CBD becomes a full-fledged treatment for a variety of children’s conditions. Until then, consult with your doctor and find out how you might be able to leverage CBD for your child’s health.

When Does Postpartum Depression Start?