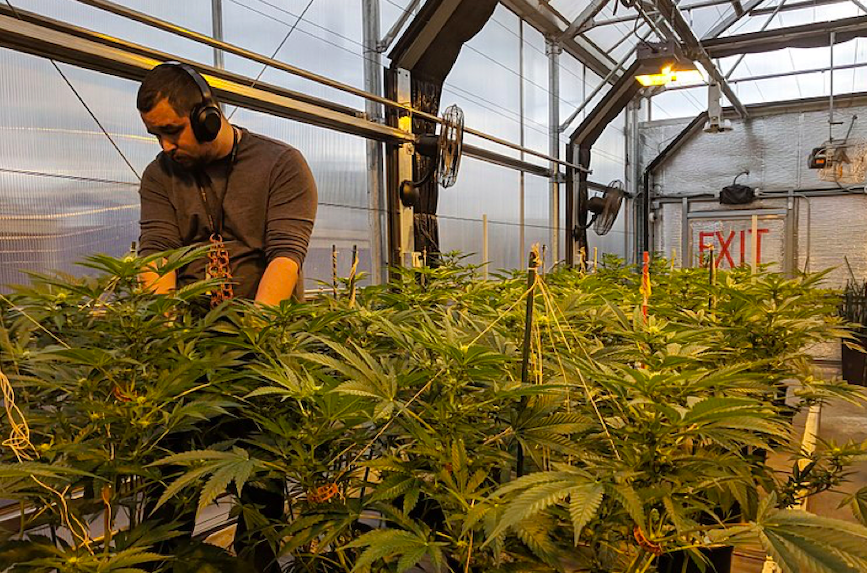 The cannabis market in North America is flourishing and companies like West Coast Ventures Corp. (OTC: WCVC) successfully utilize the niche. The rising demand for medical and recreational marijuana boosts the plant production in Colombia

Due to legislation developments in the US and Canada at the end of 2018, medical and recreational cannabis industries in North America are booming. According to a recent study by Grand View Research, Inc., legal marijuana industry is expected to be worth $66.3 billion by 2025, and investors are scrambling to secure a place on the train before it departs.

Businesses are leveraging the popularity of cannabis and trying to find a niche: in cosmetics, sports, or food and beverage industry. One company, West Coast Ventures Corp. (OTC: WCVC), has recently become America’s first CBD restaurant stock, successfully combining the two growing sectors. Their Illegal Burger and Illegal Pizza franchises serve a permanent CBD-infused menu, using CBD sachets, with which consumers can chose the dosage themselves. The locations have been hugely successful so far, being on track to exceed $1 million and $750,000 by the end of the year.

Part of the appetite of companies to participate in the cannabis business is due to the low costs of producing marijuana flower in Colombia compared to other countries.

“Enthusiasm about cannabis in Colombia has reached feverish levels, with some local media suggesting that the country could supply 40 per cent of the world’s marijuana and benefit more from it than from charcoal or cut flowers”.

This is how the Financial Times defines the legal marijuana market in Colombia, in an article that highlights the investment made by companies, especially Canadian, for the production of medicinal cannabis or for scientific exploitation, with which some have managed to develop cosmetics.

And this is at the time of reviewing the permits issued until the end of the first semester by the Colombian Ministry of Justice. There are already 247 licenses issued for a group of more than 60 companies among small producers and large multinationals.

Thus, the State has received more than $10 billion for basic permits, which are divided into 35 licenses granted for the use of seeds, 83 for the cultivation of psychoactive cannabis plants and 129 for non-psychoactive.

Cundinamarca is the department with the highest number of authorizations to work with cannabis crops, as there are 75 in total in this area, followed by Antioquia, with 45 licenses, Valle del Cauca, 24, Cauca, 23 and Tolima, 22. The director of research of Medcann Colombia, Sergio Eastman, explained that “we are beginning to see a regional behavioral trend because the areas where they have permits today are those of favorable agronomic conditions for the plant. For that reason, the work is increased in the central and the Pacific parts of the country.

Eastman explained that in addition to this, security is a priority for companies. The crops “initially sought to be cultivated in places where the Army would guarantee 100% tranquility, because it is always intended to be protected against armed conflict or criminal interventions, whether guerrillas or any other group”.

But the issue of security does not only apply the location of crops, as companies like Khiron are taking care of their productions e.g. in transportation. When the cannabis extract is to be moved from Tolima to Bogotá, it is done by helicopter, since each of the thermoses with the material is worth more than US$100,000, according to the Financial Times.

The Ministry of Justice reported that since 2017, to date, more than 1,500 license applications have reached this portfolio. Although fewer than 300 have been approved, this shows strong interest of companies in terms of foreign investment in Colombia.

For this reason, it is estimated that the investments in the sector made by companies to develop their activities between January 2018 and June 2019 reached levels that exceeded US$600 million.

In addition, in the first months of this year alone, there were business moves in the companies of the sector reaching more than US$100 million due to deals made in mergers, acquisitions, shared projects, etc.

The Financial Times, for example, highlighted companies such as Canopy Growth, which with a market capitalization of more than US$13 billion, invested US$60 million to create Spectrum Cannabis Colombia, with growing areas in Huila.

Many companies have chosen Colombia for its fertile lands and the effect it has on production costs. The consulting firm Crop America has calculated that, according to what was registered in 2018, a gram of Colombian marijuana flower is worth between US$0.5 and US$0.8. Thus, the price is the most competitive compared to other countries where crops are being produced. For example, in Bolivia, the tariff rises for the same amount to a range between US$0.7 and US$0.9; in Peru it ranges from US$1.8; while in other countries such as Canada it reaches US$2.1 and in the Netherlands it ranges from US$2.2 to US$2.5.

“So far no company has exported the product for commercial purposes, since the countries where the use of cannabis is allowed require GMP (Good Manufacturing Practices) certifications, and in Colombia most companies in the cannabis industry do not have such certification,” said Adriana Guzmán of PS Consultores. Despite this, dried flower samples for research purposes have already been exported to Canada and Germany. This month Clever Leaves made the first export of a derivative of non-psychoactive cannabis to England that is produced in Colombia for commercial purposes. Next month they will submit a report on cultivated hectares.

The specific details of the activities of cannabis companies remains very hazy, for example it is difficult to specify exactly how much land is used to cultivate legal cannabis crops. This is why Asocolcanna, which gathers data on 30 main foreign and local cannabis companies, is organizing the first census of the sector. Together with Fedesarrollo a report will be delivered that explains the state of the industry and the impact of future investment.

The CBD Market at a Glance – Colorado still Leads