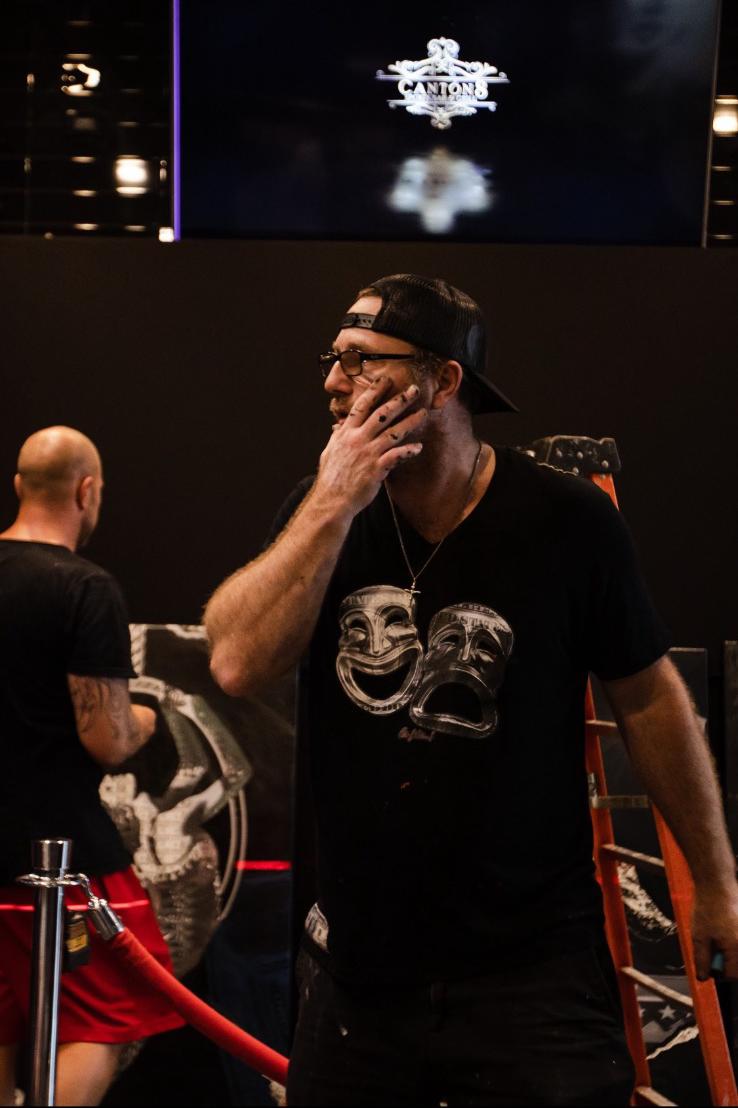 Arthur William’s art began, and lives on, as a reflection and freedom from his life’s struggles, and as his means for survival. Visual artist and painter Arthur has an origin story that captures the essence of the American Dream. No silver spoon, no private school, and no access to top of the line resources to develop his craft.

Growing up in the south-side projects in poverty with a French mother, and all odds against him, Williams turned to means of survival at an early age, though the means to an end did not always look like art. In his early years of life, his endeavors for surviving in his environment involved robbing cars, theft, and printing money for the mob. Soon enough, these means for survival landed Arthur in prison, which is where the inspiration for his art began.

While spending seven years in prison, Arthur found himself miserable, full of regret, and on the brink of no longer wanting to live. In this valley of life, he started opening his mind to a new world of learning as a means to escape. He started reading biographies, escaping into others’ worlds, digesting information, as an attempt to distract from his torture and depression in prison. He was drawn to studying Da Vinci and Michelangelo and became inspired by how art could enlighten and change people’s lives. It was here that he began developing his vision and imagination, and when he began aspiring to separate himself from the madness, make sure his family is protected, and start thinking about the future.

After getting out of prison, things were not immediately positive for the artist. Williams found himself learning to make money in a modest and honest way – cleaning toilets and delivering liquor.

Two years later, with not much to show and unsure of how to sustain a financial life on his minimum wage, he almost regressed back into old ways. When a moment with his son saved him and inspired him

to work harder, Arthur knew he had to choose freedom and integrity. He remembered his art studies in prison and the freedom that comes along with living a life that you are attached to and inspired by. He signed up for an art class, and shortly after, began doing things his own way. A way that would carve a path of success for Williams.

To this day, at 47, living a life of freedom is what inspires Arthur’s art, life, and well-being. His art tells a story; of his past, his release of pain, and reflects his level of intelligence. Though he credits not knowing many people at the beginning to be his biggest challenge, his art now speaks for itself.

Attending Art Basel and selling out all four of his paintings that he presented, Arthur now continues to create with fervor. His desire to give back is sprinkled throughout his career, as he continuously creates
exclusive pieces for charity; for example, his Gold Toilet charity piece, which raised over $3700.

Arthur continues to break the glass ceiling, and hopes other aspiring creators will do so as well. “Everyone starting out either has ties to an art gallery, an art degree or thinks you need specific criteria.

It can be lame and fake, and I just want to do what inspires me; what moves people and changes people. You have to have the mindset of no fear.” Arthur Williams’ upcoming projects include a new collection being showcased at art shows, virtual reality and virtual data painting. If you’d like to follow him on his journey, check out his Instagram.