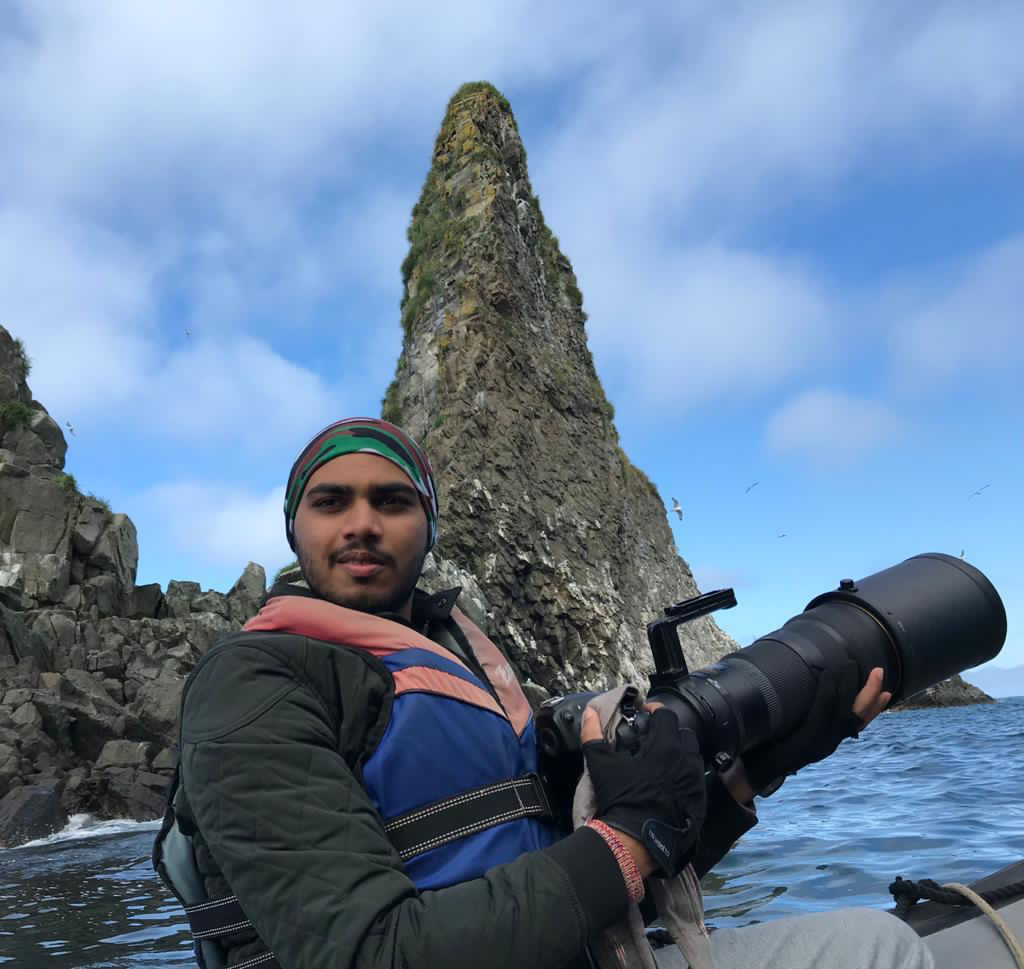 There are very professions which are challenging yet creative at the same time. Wildlife photography to be precise is one such rewarding genre of photography. Behind every photograph, there are thousands of failed attempts and missed opportunities since the subject in the photograph is dynamic. Acing perfection with his photography skills, Pranay Patel is one of the promising wildlife photographers. Hailing from Ahmedabad, the photographer began his journey in 2011 at the age of 13. While many were sceptical about Pranay’s career choice, he has rightly proved his worth to everyone through this incredible talent of clicking some jaw-dropping images of nature and wildlife.
Dedicating his time for almost a decade in wildlife photography, Pranay is now well-versed with capturing the best wildlife photographs. A creative genius since childhood, Pranay was asked what made him pursue a career in wildlife photography. Speaking about the same, he said, “While I was 13, I had understood my life purpose. I zeroed down my aim and started working towards my goal. I was passionate about animals since then. As a kid, I used to observe every movement of animals in my locality; be it a dog, cat or a cow. However, the calling to become a wildlife photographer happened when I visited Ranthambore National Park with my family back then”.
Reminiscing the golden days, Patel further revealed that during the safari visit, he first saw the big cat widely recognized as the tiger “It was a sight to see the tiger walking like a king in the park. That moment is still fresh in my mind after which I started exploring wildlife. Following my heart, I transformed my passion into my profession and that’s how I got into wildlife photography”, added the photographer. Till date, Pranay has done more than 100 photography trips in different wildlife sanctuaries and parks across the globe. His goal is to be the best in the business and showcase India’s rich heritage of nature and wildlife on an international level.
Moreover, during his every visit at safari, Pranay pays minute attention to the detailing in his every shot. Apart from this, his best works till date include ‘The Wonderful Wildlife of Gujarat’ in 2015 and ‘The Bears of Kamchatka’, Russia in 2019. The clicks during these two visits have been documented by him which he considers as a golden memory of his life. Well, the biggest highlight of the talented guy’s career is his visit to Masai Mara where he beautifully documented his works in the memoir ‘The Wild Earth of Africa’, launched by Mr Mukesh Ambani in 2015. Pranay Patel’s excellent works have helped him bag the opportunity of being the official photographer of Gujarat Tourism which remains one of his top-notch achievements so far.
Related Topics:
Up Next