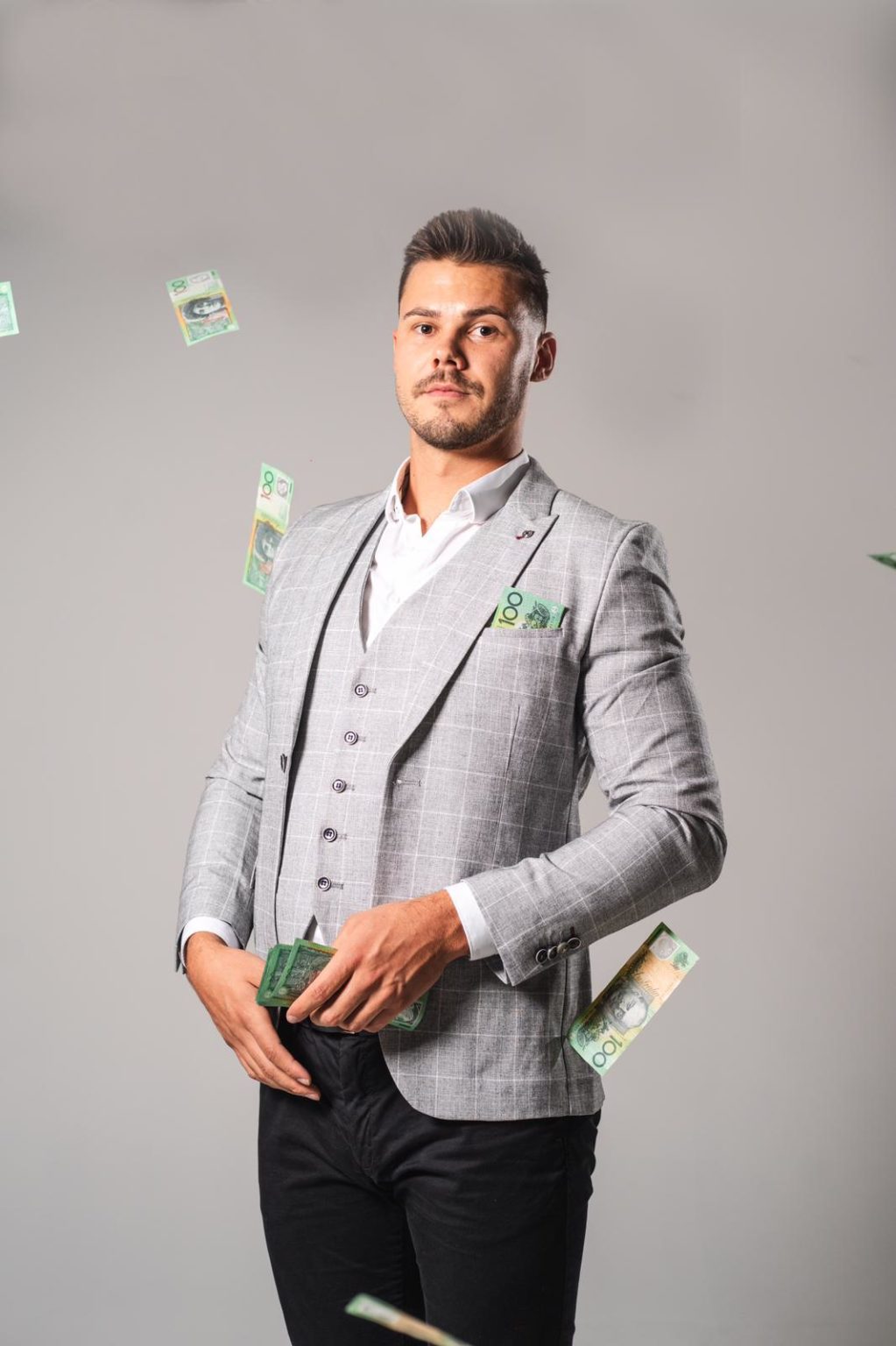 Taking up gambling as his passion, David Nicholas has been winning the wealth and hearts of his followers on Instagram and YouTube. At an age of 25, this Australian man is showing off his gambling skills on social media and live streams on Facebook. Popularly known as “Captain Davo”, Davo being the short form of David, recently uploaded a video of winning AU$250 k (equivalent to 171k US Dollars) on a slot at a Casino in Melbourne.

David started his career as sales personnel but later he took over as the Corporate Director for National Powerhouse in Australia. He was born in Adelaide Australia on 2nd October 1993. In an open interview David states “I’ve just always had a natural knack for selling.” And as Davo says in the same conversation, “Door to door sales is about having the right energy” But his passion and love for gambling never stopped.

He won $250,000 on the pokies, which is rarest of rare. The Queensland government states that the chance of winning on the poker machine is just 1 out of 7 billion. This video was watched more than 94,000 times on YouTube since 25th November.

Being popular not only attracts followers but also haters. Baptist minister Tim Costello says that Nicholas is glamourizing gambling and attracting youngsters towards gambling leading to failure. Not only this, but he is accused of flashing fake money during his live streams. To this, he always says I never promote gambling, one should gamble as responsibly as one can.

In his leisure time, he likes to hang out with loved ones on beaches under sunlight and never minds travelling to Northern Hemisphere during winters. Even with such a schedule, Davo manages to eat healthily.

He is living life king size. Fast cars, fancy hotels, beautiful women are all a part of his life. He is living a life one can dream of. He is welcomed with a red carpet whenever he visits a casino, due to his popularity.

Covid-19 had forced many Setbacks, but Bobby Dee Presents is building a Comeback

A Model with a Cause: Katharina Mazepa Shares Her Passion for Animal Rights